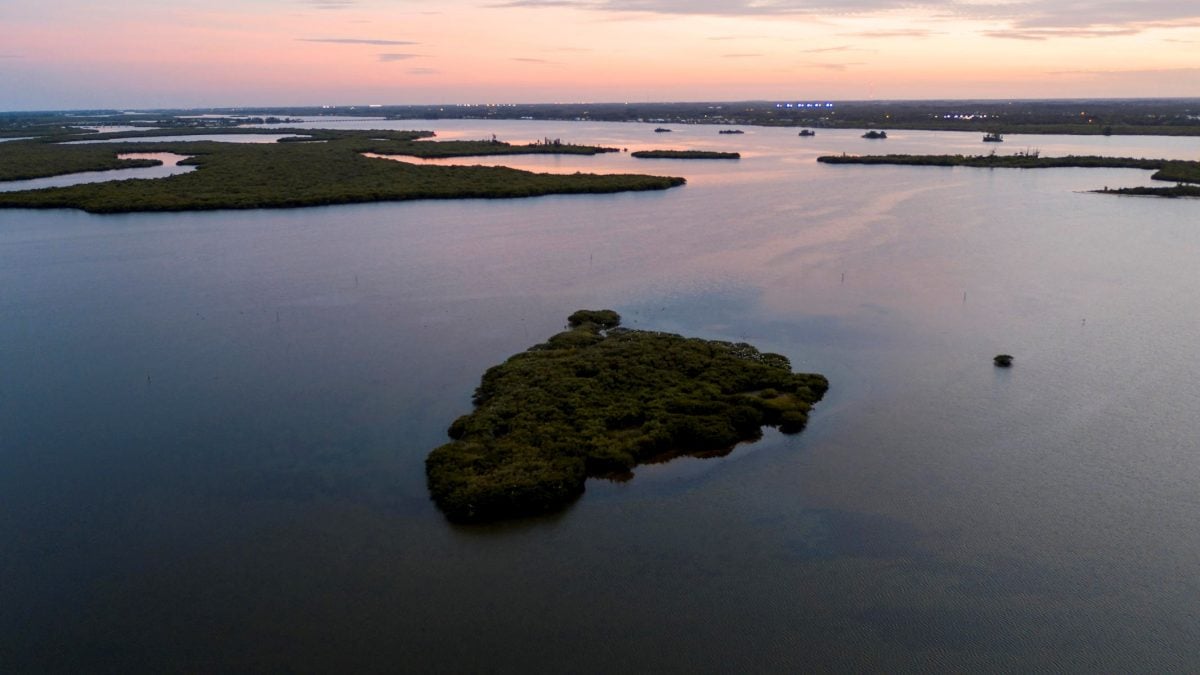 In this episode, host Sarah Thorne and Jeff King, Deputy Lead of the Engineering With Nature Program at the U.S. Army Corps of Engineers, are joined by Rebecca Beavers, Coastal Geology and Adaptation Coordinator for the National Park Service and Scott Covington, Senior Ecologist for Refuges within the U.S. Fish and Wildlife Service. Rebecca and Scott share a strong commitment to protecting our national parks and wildlife refuges by making them more resilient to the changing conditions exacerbated by climate change.

Teddy Roosevelt established the National Wildlife Refuge System in 1903 at Pelican Island, Florida, originally a five-and-a-half-acre island dedicated to saving Brown Pelicans from being over-harvested for their feathers. Sea-level rise and erosion have reduced Pelican Island to about two acres. “Thanks to an Engineering With Nature solution put in place about 20 years ago, that trend has been reversed,” Scott says. Pelican Island now stands at about three acres.

Scott describes how climate change is affecting refuge management today: “Refuges are typically established with a specific purpose, like protecting waterfowl, but because of the impact of climate change, we may not have waterfowl there anymore. We really need to be shifting our mindset about how we are managing that specific refuge, looking from a broader context, thinking about things like biodiversity. We want to look at the shorebirds, the wading birds, or whatever species and habitats are in that particular area and plan for species that are probably going to be leaving the area and new species that will probably be coming because of the shifts in climate.”

Rebecca sees similar threats in her work with the National Park Service: “Many of these parks are changing in tremendous ways. Drought in the west is often followed by wildfire and following wildfire we’re seeing landscape changes from major debris flows–cascades of water and rocks that come down the hillsides. These can affect homes, infrastructure, along with the habitats of the plants and animals which are very much affected.” Rebecca adds that the effects on natural features can be significant, “A freshwater marsh may become brackish where it has some of the saltwater components, or it may become a fully saline marsh–what we call a saltmarsh.” These changing conditions add complexity to the challenge of protecting and preserving the parks, along with the many physical structures of historical significance. “We also have to look at some of the other stressors that we put on the landscape. In some of these places we built dams that are great for hydroelectric power, but it also has an impact of holding up sediment further up the watershed.”

Rebecca and Scott share several examples of EWN approaches being used to protect parks and refuges and make them more resilient.  At Fort Pulaski National Monument, on the Savannah River in Georgia, and Fort Massachusetts, on the Gulf of Mexico coast of Mississippi, beneficial use (BU) of sediment reduces coastal erosion and returns beneficial sediment to the system. Thin layer placement (TLP) of dredged sediments builds up sinking wetlands at the Chafee Refuge in Rhode Island, and in turn, protects and preserves wildlife habitat. Scott says, “Sea level rise is starting to eat away at the marsh, and we’re having some marsh die off, along with the plants. With TLP, we’re taking some dredge materials and actually stacking it on top of the marsh to buy some time. We’ve added a little bit to the elevation, and that gives vegetation a shot in the arm.” Rebecca adds that TLP was used on the Big Egg Marsh Project in Jamacia Bay, Gateway National Recreation Area, New York in 2003.  The Marsh is currently being resurveyed to provide insight into the effectiveness of the project and natural adaptation.

Collaboration is a key theme throughout this episode.  The leading-edge work is underway at the Blackwater National Wildlife Refuge and the adjacent Harriet Tubman Underground Railway Park in Maryland. It is a great example of NFS, NPS, USACE, and several other non-government organizations working together to protect the marsh and this important historical landmark.  According to Scott, “This is a really good demonstration project to show what you can do when you work together with what nature gives you.”

In closing the show, Jeff notes, “I’m truly moved by the energy and the enthusiasm and the wonderful examples that have been shared. Thank you to the Wildlife Refuge System and the National Park Service for being wonderful partners throughout the years. Their work is really accelerating practice and will continue to do so.”

In Episode 6, Rebecca, Scott, and Jeff return to talk about working together on adaptive management strategies for the parks and refuges, and what individuals can do to help protect and preserve these priceless resources.